Following a visit to our stand at Brockelsby Country Show, in North Lincolnshire, we were approached by a home owner from Alford, in Lincolnshire. He was looking to heat his new build home with an air source heat pump and asked us to provide a quotation.

He also approached several other installers to provide him with quotes. After consulting with us and comparing each installer’s quote, he awarded B.A.R & Sons the contract to supply and install the air source heat pump. He also asked us to install the underfloor heating as well, for all three floors in the property.

Once we had the plans for the new build, we were able to begin work on the MCS approved system design. We are required to produce a design for both the heat pump and the space heating and domestic hot water. This is to ensure that the entire system produces sufficient heat and hot water on even the coldest days.

The heat pump was positioned unobtrusively, behind the garage, therefore it was necessary to connect it to the main property via an underground heat main and into the cylinder cupboard.

One of the deciding factors for the client were the reduced running costs of the air source heat pump, compared to a fossil fuel heating system. Another key factor was the payback from the Domestic Renewable Heat Incentive. The client was able to further reduce the running costs of the heating by installing Solar PV panels, to generate electricity to run the heat pump.

The RHI still provides a healthy return for those wishing to go down the heat pump route. It will usually pay for the system well within the 7 year payback period. 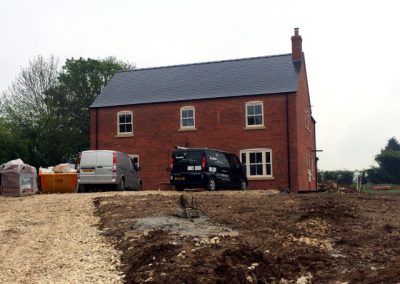 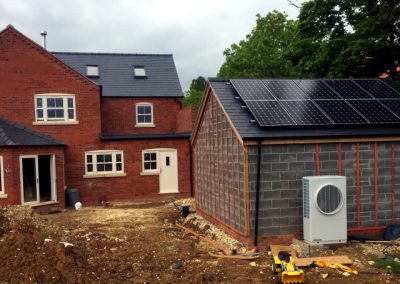 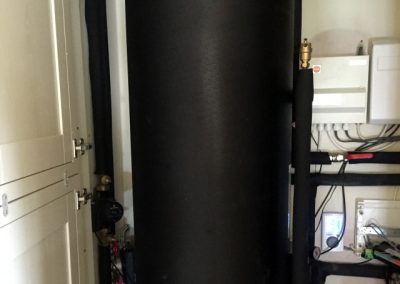 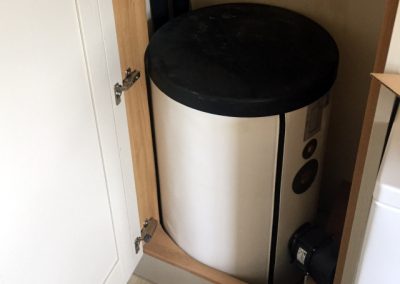