We were approached by a local farmer who was undertaking a new build detached house for himself and his family and wanted to heat it with a Stiebel Eltron Air Source Heat Pump.

He decided to proceed with a renewable system instead of the cheaper to buy, but much more expensive to run, oil boiler and approached us to provide him with a quotation. As BAR & Sons are much more than just a renewable heating installer, we are able to supply and install the Stiebel Eltron Air Source Heat Pump, as well as the underfloor heating for the ground floor and the radiators for the first floor.

Once we had the plans for the project, we were able to begin work on the MCS approved system design. We are required to produce a design for both the heat pump and the space heating and domestic hot water, to ensure that the entire system produces sufficient heat and hot water on even the coldest days.

As the project progressed we installed various sections of our contracted work in stages; first the underfloor heating, then the first fix pipework for the first floor heating and finally the WPL25AS Stiebel Eltron Air Source Heat Pump and associated pump, controls 100 litre buffer cylinder and 300 litre domestic hot water cylinder. This was delivered as part of a package which included all the associated components necessary for the installation. We completed the second fix, including supplying and fitting the radiators, underfloor manifold and setting the system to work.

One of the deciding factors for the client were the reduced running costs of the air source heat pump, compared to a fossil fuel heating system and the payback from Domestic Renewable Heat Incentive. The RHI still provides a healthy return for those wishing to go down the heat pump route, usually paying for the system within the 7 year payback period. The government has confirmed it’s commitment to the Domestic RHI for both ground source and air source heat pumps. 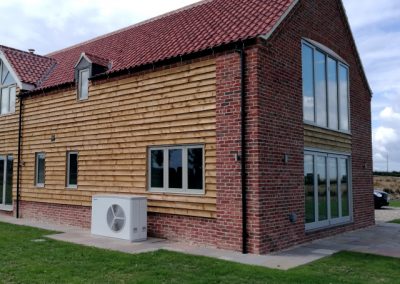 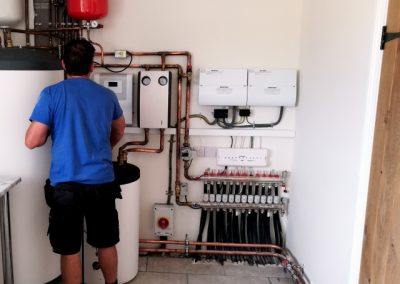 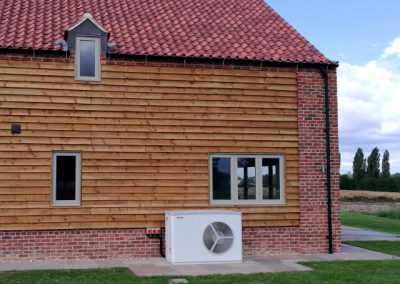 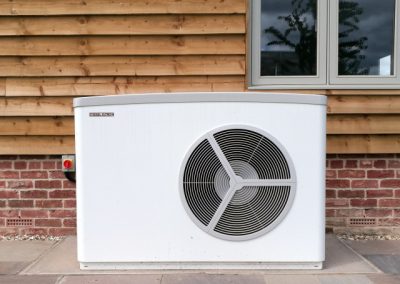